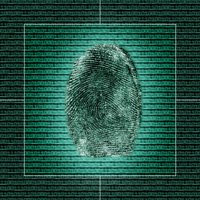 The widespread Conficker computer worm has crawled into hundreds of medical devices, including MRI systems, at dozens of hospitals in the United States and other countries.

The San Jose Mercury News reported that the worm has not resulted in causing harm to patients, but poses a potential threat to hospital operations.

Around March 24, researchers monitoring the worm noticed that an imaging machine used to review high-resolution images was reaching out over the internet to get instructions - presumably from the programmers who created Conficker.

The researchers discovered that more than 300 similar devices at hospitals around the world had been compromised. Because the machines were running an unpatched version of Microsoft's operating system used in embedded devices, they were vulnerable. Normally, the solution would be to install a patch, which Microsoft released in October 2008. However, the device manufacturer said rules from the FDArequired that a 90-day notice be given before the machines could be patched, theMercury News reported.

"For 90 days, these infected machines could easily be used in an attack, including for example, the leaking of patient information," said Rodney Joffe, a senior vice president at Neustar, a communications company that belongs to an industry working group created to deal with the worm. "They also could be used in an attack that affects other devices on the same networks."

Conficker spreads by copying itself onto machines running Microsoft's Windows operating system that lack the security patch. Conficker installs itself and periodically reaches out for directions from its maker that cause it to rewrite its code, increasing its capabilities for malicious action and decreasing its chance of detection.

"Hopefully the malware writers didn't have a lot of insight into how these medical devices work," Patrik Runald, chief security adviser for F-Secure, a Finnish computer-security company, told Mercury News. Runald said the worm had also been found at a hospital in Sweden and several hospitals in England earlier this year.

Joffe, who testified before Congress on May 1, asked lawmakers to remove the barriers to coordination between federal agencies so cyber threats, like Conficker, can be addressed.

SAN FRANCISCO – President Barack Obama’s plan to impose U.S. taxes on corporate America’s overseas profits threatens to open a big crater in the financial statements of technology companies. While additional taxes are rarely popular, Obama’s decision to go after corporate earnings outside the United States is a particularly prickly subject for technology executives because the industry has been steadily boosting its overseas sales amid rising demand for its gadgetry and services.
If Obama’s proposal becomes law, the hard-hit companies would include tech bellwethers like Hewlett-Packard Co., IBM Corp., Cisco Systems Inc., Microsoft Corp. and Google Inc. Each of those companies realized a benefit of more than $1 billion from lower foreign tax rates in their most recent fiscal years – an advantage that could lost if Obama is able to change the rules.
“It would be like an earthquake for high tech,” said Carl Guardino, chief executive of Silicon Valley Leadership Group, an industry trade association. “On a Richter scale of 1 to 10, this would be a 12.”
Collectively, HP, IBM, Cisco, Microsoft and Google lowered their tax bills by a combined $7.4 billion in their last fiscal years by taking advantage of lower tax rates outside the United States, according to an analysis by The Associated Press. Through the years, these five tax companies have avoided U.S. income taxes and foreign withholding taxes on a combined $72 billion in undistributed earnings from their foreign operations.
While Obama’s proposal might not tax all the money U.S. companies keep overseas, it apparently would target a big chunk. Obama estimated his plan would raise a total of $210 billion, or an average of about $21 billion annually, over a 10-year period. By reinvesting their earnings overseas, U.S. companies insulate themselves from much higher tax rates had the money been made in their home country.
Google, for instance, would have been hit with an effective tax rate of 45.2 percent instead of 27.8 percent last year if it hadn't been able to capitalize on lower rates overseas, according to the Mountain View-based company’s annual report. Without the lower foreign rates, Google’s 2008 tax bill would have been $1.02 billion higher. Google’s income before taxes totaled $5.85 billion last year.
Obama has been strongly supported so far by Google CEO Eric Schmidt, who campaigned for the president last year and has subsequently served as a technology adviser.
at 2:51 PM No comments: 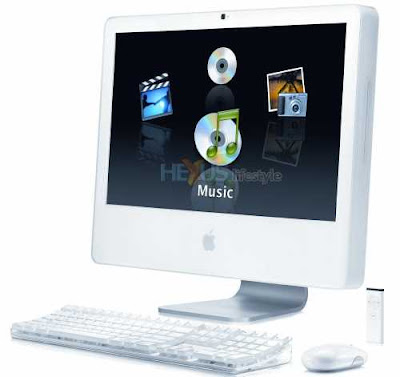 ‘Cuts are reportedly in store, both first desktop and laptop lines.’ -
Faced with slumping sales and stinging criticism from competitor Microsoft over its high prices, Apple is reportedly going to try a price cut to spur its computer sales.  While Apple’s general sales have been saved by its iPhone, its computer sales, both for laptops and desktops have slumped.  It is still earning more profit than some competitors thanks to large profit margins, but as losses continue, the company is becoming increasingly concerned.
Apple-specific blog Apple Insider reports that “people who've proven extremely reliable in predicting Apple’s future business directions” have let slip that Apple will cut the prices of its most popular desktop and laptop models — the iMac and the 13 in. MacBook.
The sources say that the move is not an attempt to counter Microsoft’s new “Laptop Hunter” ads, but rather is an effort to keep up with netbook sales, which are driving down PC prices.  Apple has no intention of deploying a netbook Mac.  As CEO Steve Jobs put it, “We don’t know how to make a $500 computer that’s not a piece of junk.”
However, the company is looking to possibly deploy a web or media tablet, according to reports.  Steve Jobs himself is reportedly working on the device, which may or may not be the tablet rumored to becoming to the Verizon network as a Wi-Fi phone.
According to the report on the pricing changes, the changes could land in a month or two.  Writes the site, “It’s believed that the first batch of more affordable Macs could turn up as early as this spring as part of a restructured MacBook line, while MacBook Pros for the most part would stay their course and benefit slightly from Intel’s planned Montevina refresh, which should nudge clock speeds.”
Analysts believe that a permanent price cut is more likely than a discount.  States Ezra Gottheil, an Apple-focused analyst at Technology Business Research, “I think the price resistance they’re experiencing isn’t a matter of, ‘If it were $100 cheaper I would buy it,’ it’s a matter of, ‘You don’t have a PC in the $600 range.’  The sort of thing where they say, ‘Now the base MacBook is $100 less,’ is quite conceivable.”
However, there is also skepticism over whether some of the cuts will occur at all.  States Gottheil, “The iMacs, however, they just refreshed. I think they’d be cutting their margins thinner they wanted to, if they were to reduce those..”
at 2:38 PM No comments: 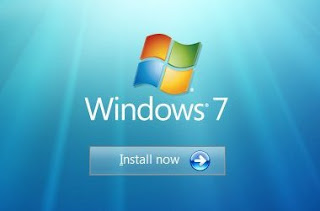 ‘Consumers can finally get their hands on a near-release copy of the latest version of Windows.’ -
Windows 7 has the tech community and the consumer world buzzing.  For consumers, it has been a long four months since the release of the Windows 7 beta which saw hundreds of thousands of downloads.  Some turned to torrents to try to swipe the newer beta builds or the recent Release Candidate, but for most it was a matter of waiting.
The waiting is over at last as Microsoft has officially released the Release Candidate 1 build of Windows 7 to the general public.  The build is available directly from Microsoft for download.
Microsoft is suggesting that novice users not download the build as no tech support will be provided.  Customers who download the build will have to burn the ISO onto a disk.  Unlike the more recent beta candidate builds, the RC1 build requires a complete reinstall, even on machines with a working build of Windows 7.
Both 32- and 64-bit versions of the build are available. Microsoft recommends users’ computers have at least 1GHz processor, 1GB of RAM and 16GB of free disk space.
Microsoft is promising not to limit the number of downloads of the new release, like it initially did for the beta release (before later relenting and allowing unlimited downloads).  The beta release proved a headache for some, as the large demand crashed some of Microsoft’s servers at the time, rendering many eager users unable to download the beta from Microsoft.  Microsoft is hoping that this time around things go more smoothly.
The test builds of Windows 7 will work until June 2010, but starting in March 2010 they will shut down every two hours.
Microsoft has publicly stated that Windows 7 will launch “no later than January 2010.”  However, it now appears that the new OS will land in time for the holiday season, as Acer has leaked its release date as October 23.

"THE MOON" with the history of the early solar system etched on it beckons mankind from time immemorial to admire its marvels and discover its secrets. Understanding the moon provides a pathway to unravel the early evolution of the solar system and that of the planet earth.

Through the ages, the Moon, our closest celestial body has aroused curiosity in our mind much more than any other objects in the sky. This led to scientific study of the Moon, driven by human desire and quest for knowledge. This is also reflected in the ancient verse.