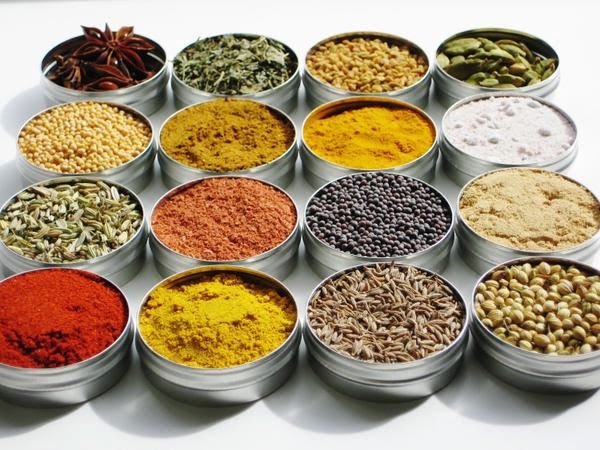 Indian cuisines have been honed over centuries, influenced by other cultures; by mouth-burning spices and complex flavour pairings. Indian food has such intoxicating aromas and memorable flavours which is unlike anything found elsewhere around the world.  Why Indian food is so delicious? What is the real reason behind this?? Recently answer has been found out… it’s the fewer number of overlapping flavours and ingredients.

Researchers at the Indian Institute for Technology (IIT Jaipur) examined how frequently overlapping flavour compounds factored into a dish’s ingredients. They reviewed thousands of recipes scrutinizing the subtle molecular-level differences that distinguish the cuisine. In fact, the more chemically similar two flavourings are, the less likely they'll be paired together in the same dish. I. e. Indian recipes are all about contrasting flavours.

“We found that average flavour sharing in Indian cuisine was significantly lesser than expected,” researchers wrote.

The research results revealed that the all the ingredient within a particular dish had contrasting flavour compounds, thus making the taste so distinct. The researchers then established a comparison of the method of preparation of Indian dishes with that of Western cuisines. In Western cuisines, ingredients are usually paired together for their similar flavours. In other words, Indian cuisine is characterized with strong negative food pairing (meaning ingredients put together with different flavour profiles) whereas Western dishes follow a positive food pairing, meaning ingredients are put together because they have similar flavour profiles.

Spices individually and as a category occupy a unique position in the ingredient composition of Indian cuisine and play a major role in defining negative food pairing.  They also have medicinal values. Spices also serve as antioxidant, anti-inflammatory, chemopreventive, antimutagenic, and detoxifying agents. However an average Indian dish includes at least seven ingredients, most of which do not contain overlapping flavours.  More specifically, many Indian recipes contain cayenne, the basis of curry powder that is in dishes like red curry, green curry, or massaman curry. And when a dish contains cayenne, it’s unlikely to have other ingredients that share similar flavours. The same can be said of green bell pepper, coriander and garam masala, which are found in Indian cuisine.

Even though food sensation is a result of interplay between various aspects of ingredients, such as texture, colour, temperature and sound, flavour plays a dominant role. Actually let’s see what is a flavour? A flavour is the sensory impression of a type of food or any other substances. It is determined mainly by the chemical senses of taste and smell. For centuries, chefs have been combining flavours to create something new which is heterogeneously combined and give multidimensional eating experience. Therefore the Indian cuisine is so complicated, no doubt. Spices usually indicate dishes with flavours that have no chemical common ground.

The study points out that each contrasting spice and ingredient is “uniquely placed” within an Indian dish and cannot be easily replaced with any other flavouring spice or agent. Furthermore, it reflects the idea of complex comprehensive cooking which attributes to appealing taste of Indian food.

When observed closely you can notice that most of the Indian food recipes are related to Ayurveda directly or indirectly. This ancient science actually discovered how cooking and the time taken to cook can change the composition of a particular food and its effect on the body. Like the lycopene in tomatoes, which enhances while cooking can be easily extracted. Likewise for onion,tempering it with hing balances the diuretic properties in onion that makes it good for cough and cold and helps in digestion. In fact, Ayurvedic cooking bars from using browned onions that have lost all their nutrients and can cause acidity in a few cases. Blanching carrots robs them off their betacarotene, and so best eaten raw. In fact the all-popular steam cooking done by wrapping vegetable in a leaf is also quintessentially ayurvedic in nature. Salads, mostly prepared raw with sprinkling of ginger slivers and lemon juice, first documented in the Ashoka period. Hence Indian recipes has medicinal value too...