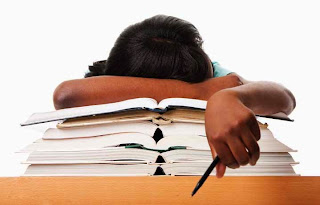 Why are some people able to master a new skill quickly while others take longer? This was the question posed by many. Now, researchers have discovered exactly what happens in the brain of these two types of learners and why children are so adept at picking up new abilities.

Scott Grafton and colleagues from the University of California, the University of Pennsylvania, and Johns Hopkins University measured the connections between different brain regions while participants learned to play a simple game. During the six-week learning period, the research team examined the participants’ brains with functional magnetic resonance imaging (fMRI) to track something different than typical fMRI studies. This technique measures neural activity by tracking the flow of blood in the brain, highlighting which regions are involved in a given task. They discovered that the quickest learners show different neural activity in comparison with the slower ones.

The investigators compared the activation patterns of 112 anatomical regions of the brain and measured the degree to which they mirrored one another. The more the patterns of two regions matched, the more they were considered to be in communication. By graphing the communication between brain areas over time, the researchers were able to identify differences in the brains of people learning the quickest to those learning the slowest. What they found is that the brains of the fastest learners showed gradually decreasing activity in their frontal cortex and anterior cingulate cortex, the parts of the brain that manage executive function our capacity for thinking and planning. The other learners’ brains, in contrast, appeared bogged down in over-thinking, which significantly slowed the learning process.

Frontal cortex and anterior cingulate cortex are thought to be most responsible for executive function. Executive function refers to a set of mental traits associated with goal-setting and achievement. These traits include the ability to make and follow through with a plan, resist impulses, pay attention and learn from past experiences. The frontal cortex isn't fully developed until young adulthood, which might explain why it's easier for children to learn languages and other new skills. The frontal cortex is certainly useful for higher-order thinking and complex tasks, but when it comes to learning simple tasks quickly, executive function seems to be a hindrance.

According to the study, it’s useful to think of our brain as housing a very large toolkit. When we start to learn a challenging new skill, such as playing a musical instrument, our brain uses many different tools in a desperate attempt to produce anything remotely close to music. With time and practice, fewer tools are needed and core motor areas are able to support most of the behaviour.

This study offers new insight into what happens in the brain during the learning process and sheds light on the role of interactions between different brain regions. Most importantly, the findings suggest that slow learners activate unnecessary parts of the brain for a given task, which is similar to overthinking the problem.

The team investigated the learning process as the function of a complex, dynamic network involving various regions of the brain, rather than trying to find a single spot in the brain that was more or less active. The team used a technique known as dynamic community detection, a method that employs algorithms to determine which nodes are incorporated into these clusters and how their interactions change over time.

This allowed the researchers to measure how common it was for any two nodes to remain in the same cluster while subjects practiced the same sequence some 10 times. Through these comparisons, they found overarching trends about how regions responsible for different functions worked together. Additional studies will search through why some people are better than others at shutting down the connections in these parts of the brains. 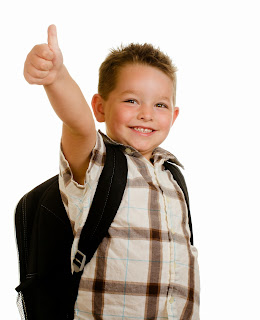 Speed of learning is not the only important factor, however. Retention, recall, and transfer are also critical. Students need to be able to accurately remember the information they learn, recall it at a later time, and utilize it effectively in a wide variety of situations. Here are some tips to improve your speed of learning:
Anyways think like a child if you want to learn faster… Learn to switch off part of higher brains not needed for task in hand.