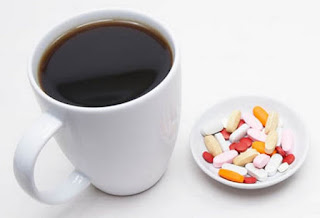 Don’t be surprised if you see your children taking a pill before exam or before an interview??  Just as you might drink a cup of coffee to help you stay alert, they are turning to prescription drugs to boost academic performance. The pill, that they have taken, would instantly make them work harder, improve their brain function and make them much “smarter”. These are Performance-enhancing drugs or Smart Drugs!!! Not familiar??? Yes, its new way of youngsters to boost up their mind.
Smart Drugs are pharmaceuticals meant to treat disorders like ADHD, narcolepsy, and Alzheimer’s, taken to  improve memory, learning, focus, attention, and other cognitive skills. These substances work by altering availability of the brain’s supply of neurotransmitters, (types of chemicals that help our nerves communicate by bridging the synapsis gap between them), hormones and enzymes with increased oxygen. Stimulating nerve grown and health is also an added benefit. As a result, linguistics skills and memory are highly upgraded and this increase in brain energy translates to higher physical stamina. Now a days, these are becoming increasingly popular among college students, But is this cheating?.
Many people use these drugs daily in order to complete professional responsibilities such as to focus while they are at work, while they are working on a project, and in some cases to do even basic tasks (those with ADD/ADHD). These are stimulants used to improve energy and motivation. Some have neuroprotective qualities to help reduce damage to the brain caused by aging. In addition to an increased sense of confidence, and brilliance, they can also help neuroplasticity. 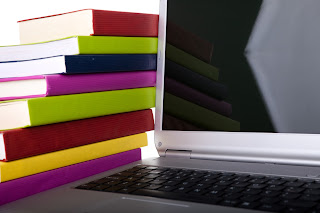 Modern society is performance-driven. Students might be thinking one step ahead and believe that these drugs will help them on their quest to get good grades, get a good degree, which will eventually help them to get a good job. This might be the reason; they’re putting their careers ahead of their own health. Studies have repeatedly shown that smart drugs don’t make you smarter but they’re pretty good at making you think you’re performing better.
These supplements are taken in order to improve their ability to learn, create and recall memories, reason, and concentrate. These drugs are not used to escape from work and to avoid responsibility but to work more and much better. These are becoming popular among lawyers, bankers, and other professionals who are keen to gain a competitive advantage over colleagues. They makes us work shorter hours in a more focused and productive manner, rather than long hours in an unfocused and unproductive way.
Smart drugs can also be of great help to people who work long shifts, and to those who have to maintain high levels of performance under stressful conditions. For eg; soldiers are given the drug to help them stay awake and alert during missions. In today's competitive society, the desire for increased intelligence is becoming more prevalent. Smart drugs, also known as nootropics, are drugs taken to enhance cognitive functioning.
It is the pressure on students to do well in examinations thereby making their future secure. Who all use it?? There are those who may rely on memory-enhancing drugs because they had left their revisions too late or spent too much time partying and not put in the work necessary for success. For whatever reason, more students are resorting to “smart drugs” in order to pass their examinations.
The king of ‘Smart Drugs’ is Modafinil, usually prescribed to patients who have narcolepsy, a long-term neurological disorder that decreases the ability to regulate sleep-wake cycles. When it comes to short-term performance, the drugs do seem to work. Modafinil increases the amount of dopamine in the brain, the neurotransmitter associated with reward. It also increases norepinephrine, a substance similar to adrenaline that promotes wakefulness and attention. This causes the incredible ‘superhuman’ effect students so often seek.
Its a known fact that we consolidate our memories, a process that "fixes" newly formed memories and determines how they are shaped, during sleep. Smart drugs has no long-term benefits without getting good quality sleep. i.e. Study drugs are counterproductive. These drugs which are used to keep alert and postpone tiredness is causing Sleep deprivation. Not only students would be affected by the widespread acceptance of smart drugs but we all. We often talk about lifelong learning, and many jobs in the information age require that we constantly update our knowledge. Smart drugs only increase the amount of concepts the student will be able to comprehend and memorize within a given period of time – no information is being suctioned from the book into the student's brain.  If you had a potentially life-threatening illness, which physician would you want handling your case: the doctor using Modafinil, or his counterpart?
There’s an abundance of natural substances that makes your brain healthier by supporting, nourishing, and protecting the brain — amino acids, vitamins, minerals, herbs, phytonutrients, antioxidants, essential fatty acids, and more. Amino acids like taurine, an ingredient included in some energy drinks, or creatine, a supplement that was first used by bodybuilders and athletes. Traditional herbal remedies used to improve memory, like ginkgo and ginseng, are nootropics. L-theanine is found in green tea imparts a state of relaxed concentration. Coffee and energy drinks cause the same effect. 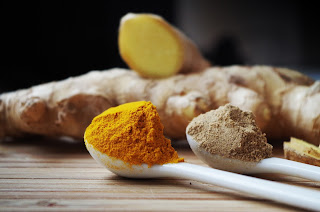 Some of the natural nootropics include omega-3(supplement in the form of fish oil or krill oil), Curcumin, an extract of turmeric, is all-around brain tonic that can improve memory and concentration by increasing blood flow to the brain, Huperzine A, the main active compound extracted from the plant Chinese club moss, works as a brain booster mainly by increasing acetylcholine levels and stimulating new brain cell formation. Caffeine increases alertness by reducing the amount of adenosine in a student's brain, thus making the brain less drowsy and more alert. Energy drinks are full of sugar which help the body produce more ATP, also known as energy compounds, which in turn lengthen the time the brains can spend memorizing concepts.
Moreover, these are prescription-only drugs, illegal to sell or distribute. Many websites illegally sell drugs like Ritalin and Modafinil without a valid prescription. Also Asian countries especially in India, there are stores which sell them without prescription. People from various countries have been using this… My opinion is that it's a criminal offence to supply prescription-only medicines without a valid prescription and websites offering them are also acting illegally. The Medicines and Healthcare products Regulatory Agency says young people are gambling with their health by using prescription medicines in a bid to get higher marks in exams. How do we maintain a sense of our own capabilities and be silent?
Whether is it morally acceptable and praiseworthy to use these types of drugs? I would say their use is immoral, unfair on those who perform honestly and, above all, dangerous. Particularly when taken in the wrong dose, such medications can cause a range of health issues including irregular heartbeats and severe behavioral problems.’ These drugs are amphetamine-based, as the drug is used more frequently and in larger doses, the risk of addiction increases.
If smart drugs are the synthetic cognitive enhancers, sleep, nutrition and exercise are the "natural" ones. In addition, the cognitive enhancing effects of stimulant drugs often depend on baseline performance. Everyone’s brain and situation is different, so a nootropic supplement that works for one person doesn’t necessarily work for everyone Remember you have only one brain. You can artificially stimulate it now for perceived short-term benefits. Or you can nourish and protect it so that it stays sharp for a lifetime without cutting back on those precious hours of sleeping.
at 11:23 PM